Candidates demonstrate their skills integrating acting, singing and choreographed movement to become the all-round performer through the performance of pieces from published works of musical theatre. Whether as solo, in pairs, or in groups, candidates can bring character and narrative to life with song and movement as an actor or in production.

“The format of the exams reflect what we see when we go to a Musical Theatre show, with candidates combining acting, song and movement to tell a story.” 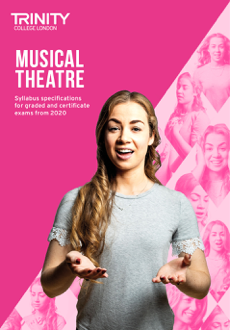